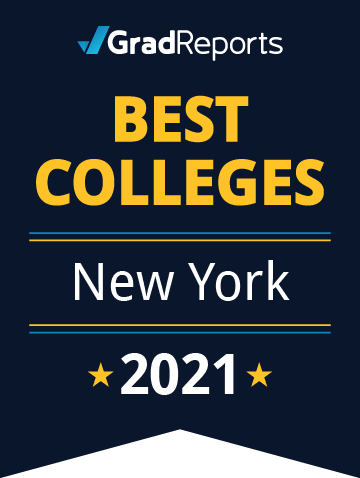 These are the top 25 colleges in New York ranked by their Salary Score. A high Salary Score indicates that graduates from a college tend to earn higher salaries than other graduates with the same major in the United States. While future salary may not be the primary factor in every student's college search, Salary Score provides one meaningful metric that students can use alongside other considerations that are important to them. We calculated Salary Score by comparing the median alumni income in the first year after graduating from each program at one college to the salaries for the same program at other schools. Eleven of the best schools in the state are located in New York City. All of the ranked colleges in New York have Salary Scores above 60, and five of these New York schools are ranked on our list of top schools in the United States.

To be considered for our state rankings, schools must offer and provide data for at least 8 bachelor's programs. You can click on a school's name to view individual program scores. Read our methodology to learn more about how schools were ranked.