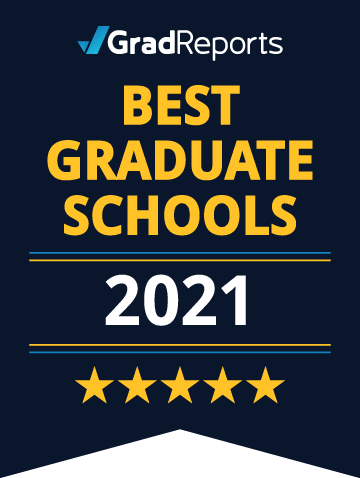 2021 Best Graduate Schools for a Master's Degree by Salary Score

Graduate school is a significant financial investment, and one of the top factors students consider when choosing a program is how a master’s degree will impact their salary. We believe salary is a critical measure of student success, which is why we evaluate schools based on alumni salaries in the year after graduation. We rank colleges and universities by our proprietary Salary Score, which reflects how much alumni earn compared to alumni of the same programs at other colleges. This list highlights schools that prepare students for high-paying careers regardless of what they study. Each college and university on this list offers and includes data for at least eight master’s-level programs. Read our methodology to learn more about how schools were ranked. Also, read our reviews from graduate students for another perspective.

While other ranking lists highlight colleges with elite reputations, our list serves a different purpose by directing students to schools whose alumni earn higher salaries in the first year after graduation. Overall, we found that nonprofit institutions produced master’s-level graduates who earn higher salaries — the top 25 schools for earning potential were all nonprofit colleges and universities. Our data also highlights many strong public universities. It is a common belief that attending private institutions results in higher salaries for graduates, and they often dominate other ranking lists. While many of the top universities on our list are private, 43% of the top 25 institutions for earning potential were public universities.

Just three of the eight Ivy League colleges were included in our top 25 list. This finding is particularly interesting because it indicates that having a graduate-level credential from a prestigious university does not guarantee the salary boost that students may expect from elite institutions.

What are the top five states for a master’s degree?

Overall, states that had the highest-paid alumni were all areas with a higher cost of living. Nonetheless, there are some interesting takeaways from the data.

Washington state came in first: it had the highest median Salary Score and is the 14th most expensive state to live in. This indicates that Washington graduates still earn more than alumni from other states when living costs are factored in.

California comes in second with a median Salary Score of 81.42, which is likely due in part to the high cost of living in the state. California is the third-most-expensive state to live in behind Hawaii and the District of Columbia.

Alaska came in third with a median Salary Score of 79.84. As the eighth-most-expensive state in the country, this can again be attributed in part to a high cost of living. However, Alaska also only has one university that met our criteria, which may skew the data.

The District of Columbia came in fourth on the list with a median Salary Score of 79.07. Because the area is one of the most expensive places to live in the United States, the high earnings are again in line with a high cost of living.

Finally, Massachusetts scored fifth on the list with a median Salary Score of 70.04. It’s the sixth most expensive state to live in.

States with lower median Salary Scores were generally in the South, where the cost of living is often lower and likely contributes to lower salary rates.

What are the best public colleges for master’s degrees based on Salary Score?

The highest-scoring public institutions at the master’s level were located mainly in California, which generally has high salaries due to the high cost of living.

The University of California-Berkeley was the top-ranked public university based on graduate-level alumni earnings, with a Salary Score of 96.22. Located in Berkeley, California, the university is known for the high level of research its students conduct and it offers more than 100 graduate programs across 14 schools and colleges. UC-Berkeley also ranked second for public schools at the bachelor’s level, indicating that its graduates earn higher salaries across degree levels.

How do salary scores stack up in terms of public, private, and for-profit schools?

Overall, private nonprofit institutions had the highest median alumni salaries, with a median Salary Score of 58.2. Public nonprofit institutions followed with a median Salary Score of 46.45. For-profit private institutions fared significantly worse at the master’s level with a median Salary Score of 33.99, a full 24.21 points lower than that of private nonprofit colleges and universities. This finding is not entirely surprising given that for-profit schools are consistently associated with poor student outcomes, including higher rates of loan defaults. While some for-profit schools have better student outcomes than others, the data suggest that for-profit schools at the master’s level may be especially detrimental to students financially.